He was born on this day, July 30, in 1924. Born on farmland that had been in the family dating back to the days when Missouri became the first slave state to free its enslaved population. In the ensuing 59 years, successive generations of the family found it more and more challenging to hold onto the family farm.

By the time Cordy Tindell Vivian was eight years old, the family patriarch had packed up and moved the family north to Peoria, Illinois. Little Cordy, fair complexion was the only Negro boy in his second-grade class, albeit, in his neighborhood. The other boys initially bullied him — all white — as much for being Black as for the fact he was the new kid on the block.

After a few weeks of bullying, Cordy decided to fight back. He called out the biggest bully on the playground. Following the exchanged of a few punches, Cordy placed the white bully in a chokehold until the boy begged Cordy to let him go. Cordy relaxed his grip on the boy’s neck, and the bullying stopped. Later, he was picked to play baseball with the boys, a game he loved, and because of his long legs and long arms, he was chosen to play first base.

Like many American boys growing up in the 1930s and ’40s, Cordy dreamed of playing baseball forever in the Major Leagues. When he graduated high school at the top of his class in 1942, professional baseball, like other facets of American society, was segregated by skin color.

By this time, Cordy developed an interest in words, in telling stories with words, and in painting pictures with puns. He entered college. There he discovered he was born black, in a white world, and no degree of physical combat with racial bullies was going to resolve the issue of racism.

After college, he found work at the Baptist Publishing House in Nashville, Tennessee. While he loved words, it was the business aspect of publishing that galvanized Vivian’s attention. In 1947, eight years before the Montgomery Bus Boycott and ten years before the founding of the Southern Christian Leadership Conference, Vivian was leading a non-violent protest to desegregate lunch counters in Peoria, Illinois. As Vivian worked to beat back the evil of racism, his work came to the attention of Dr. Martin Luther King, Jr.

In 1963, Rev. Fred Shuttlesworth wrote to Dr. King and invited him to come to Birmingham, Alabama to breakdown racial barriers which kept Blacks in Birmingham in a state of poverty and decline.

In 1965, a week before Bloody Sunday, law enforcement officers in Selma arrested Jimmie Lee Jackson after Jackson and his mother had attempted to register to vote. Mysteriously Jackson was taken out of his jail cell. His bloody body later found in the woods. The people in Selma rose up demanding justice for Jimmie Lee Jackson and the right to vote. Vivian was stationed in Selma when a crowd arrived at the SCLC office. He was waiting for his relief, Hosea Williams, to come and take charge of the office. Williams was running late. The organization’s procedure required the office manager to remain on duty until the next assigned person arrived.

“I was not supposed to lead that march,” Vivian told this writer several years ago. We were sitting in the study of his southwest Atlanta home.

“Hosea was supposed to lead that march, but he was running late. The people were fired up and growing impatient by the second, so I led them to the steps of the courthouse where they were going to go in and register to vote. Sheriff Jim Clark, now, he was a mean man. He came out of the courthouse with his deputies and blocked the entrance to the courthouse.”

What followed was a classic confrontation on the Dallas County, Alabama courthouse steps. Looking away from the menacing Sheriff Clark on the top levels, Vivian went into a 20th-century hip-hop tirade, rapping eloquently without the curse words, as hip-hop as any 21st-century hip-hop artist.

Vivian told Clark that Clark thinks of himself as a racist, but he was not as big a racist as Hitler. Clarke insulted because he thought he was every bit the racist that Hitler was, threw a punch to Vivian’s jaw. This punch caught on film and broadcast across America. Vivian escaped arrest, but the word was out that the cops were looking for him. When Hosea Williams arrived to relieve Vivian, he started his trek out of town. Vivian had a weird feeling in the pit of his stomach, so Vivian pulled off the roadway into the back of a Black-owned funeral home. There he stayed overnight until others had scouted out a safe escape route out of Selma.

The rest, as they say, is history. It has been 16 years since Sheriff Clark walked among the living. He died at age 84.

Today, C. T. Vivian, once a young Civil Rights Warrior, turned 95 years old. For the occasion over 700 people turned out at the Hyatt Regency Hotel in Atlanta to wish Vivian a happy birthday and to shower him with the love of a grateful community.

Vivian sauntered into the gala at the Hyatt Regency under his locomotion with the aid of a black cane, stopping to greet his well-wishers. Judge Glenda Hatchett, Congresswoman Lucy McBath, State Representative Calvin Smyre, Democratic U. S. Senate candidate Teresa Tomlinson, former U. S. Attorney Rick Deane, neighbors Joan Ross, Justine Boyd, Zan Spence, and this writer, along with a plethora of who’s who in Atlanta. The gathering was a mix of white and black, young and old, middle age, and middle schoolers.

When asked what he thought about the state of the civil rights movement as he turns 95 years old, Vivian chided contemporary leaders.

“The movement today was overtaken by a group of people who were not ready for leadership,” Vivian said.

The veteran civil rights champion referred to the violent demonstrations in recent years. Like those that occurred in the wake of the Michael Brown death in his home state of Missouri and Baltimore, Maryland following the death of Freddy Gray, both at the hands of police officers.

On President Donald Trump’s latest racist twitter rants, Vivian quipped, “One doesn’t have to wonder about him, it is understood.”

Vivian stated the following when queried about his place in history, “It’s worth a lifetime; the whole thing has been a long time. I am just thankful for being one part of the civil rights movement. I was here so long that I appreciate it.”

Ambassador Andrew Young, said, “C. T. Vivian was leading sit-ins in Peoria, Illinois in 1947. He joined the Freedom Riders in the sixties. Vivian trained Diane Nash, James Bevel, and Jim Lawson, the group that started the Nashville Movement. He took over the directorate of all our [SCLC] affiliate chapters; he went all over the country training people. He is one of the best preachers I know, and that includes, Martin Luther King, Jr., Ralph Abernathy and the rest.”

When asked if the coronation of Vivian’s 95th year is the culmination of the golden era of the Civil Rights Movement Young stated, “He [C. T. Vivian] is not tired, and I’m sure not.”

Atlanta City Council President Felicia Moore said, “We have to pay homage to Vivian, to the people who have brought us to where we are today.”

Dr. Bernard LaFayette, Chairman of the SCLC Board, offered a reflection of the quiet warrior:

Lafayette recalled another vivid memory of Vivian during the Movement.

“Once we were in jail together down in Mississippi. He and I were cellmates. This jail experience was during the Freedom Rides. Vivian liked to do puns, and I wanted to do puns, so to pass the time, he and I were doing these puns. The jailer came to get us to take us to see the Judge. Vivian told him he had to wait until we finished our puns, of course, the jailer did not know what a pun was and that created some tension.”

“Love through action epitomizes C. T. Vivian,” Dr. Gerald Durley said about the man who served with him as an associate pastor for over 30 years. Durley cited Vivian’s care for his wife Octavia during her last illness as exemplary of the character of the man.

Vivian, a Warrior King, feeling no ways tired, still on the battlefield fighting for justice, equality, and the American way, as he rolls under divine grace towards the century mark.

Harold Michael Harvey is an American novelist and essayist. Harvey is a Past President of the Gate City Bar Association. He is the recipient of Gate City’s R. E. Thomas Civil Rights Award, which he received because of his pro bono representation of students arrested during Freaknik celebrations in the mid to late 1990s. He is a Contributor at The Hill, SCLC National Magazine, Southern Changes Magazine, Medium, and Black College Nines. Contact him at hmharvey@haroldmichaelharvey.com. 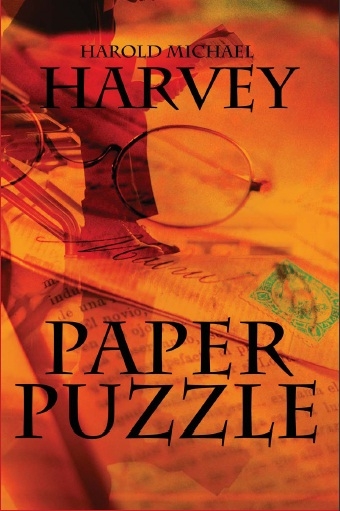 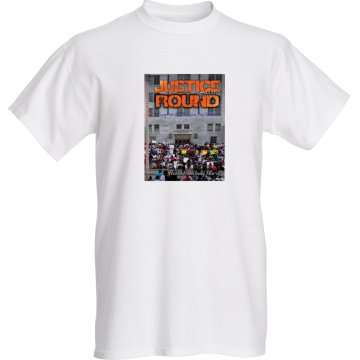